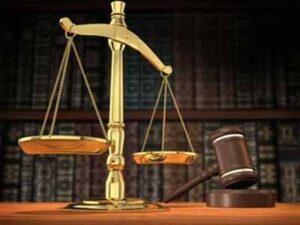 A Magistrates’ Court in Gwagwalada, FCT, on Wednesday ordered that a driver, Danlami Ogah, 24, be remanded in police custody, for killing 10 cows and three sheep worth N2 million.

Ogah, who pleaded guilty to the charges, is to be remanded in police custody pending judgment and sentencing.

The Police had charged the defendant, who lives in Doma, Doma Local Government Area of Nasarawa State, with four count charges, bordering on driving without due care, failing to report, driving without a valid license, and maiming cows.

Magistrate Yusuf Ibrahim, gave the order and deferred the matter until July 14, for judgment and sentencing.

Earlier, the Prosecution Counsel, Dabo Yakubu, told the court that the defendant, the driver of a 911 articulated vehicle, with Reg. no KSG 250 XA, drove recklessly.

Dabo said that the dangerous driving resulted in the death of 10 cows, three sheep, as well as injuring many of the cattle valued at N2 million.

The offence, according to the prosecution, contravenes the provisions of sections 28 (1), section 27 (1) of the Road Traffic Act (RTA), and 326 of the Penal Code.

What I Discussed With Tinubu In London – Sanwo-Olu