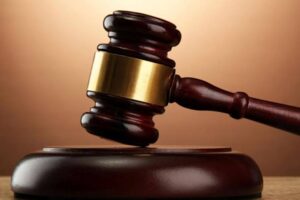 Justice Adenike Coker of a Lagos High Court has awarded N5 million damages against the police in favour of Mohammed Musa, who spent over 10 years in arbitrary detention.

Both men spent a period of 10 and three years, respectively, awaiting trial and had never appeared in court since they were remanded in custody.

Their cases were both handled between October 2020 and June 2021. ASF France, in its pro bono legal intervention, tendered separate applications to the Lagos State High Court on behalf of the two detainees, particularly seeking the unconditional or conditional release, citing the violation of their fundamental human rights, their rights to personal liberty and freedom of movement provided under the Sections 35 and 41 of the Constitution of the Federal Republic of Nigeria, 1999, as amended. The two applications were successful at the court.

Awarding the judgment in favour of the victim, the judge highlighted that “There would be no amount of money that could compensate for 10 years of one’s life.”

Country Director of ASF France, Angela Uwandu Uzoma-Iwuchukwu, commended the court for its rulings but went on to say: “It is a failure of our justice system and a gross violation of the rights of a citizen for anyone to be held in arbitrary detention, let alone for over 10 years.

“The arbitrariness of these detentions entitles the victims to a remedy and this is what the ASF France legal team has achieved in this case.”