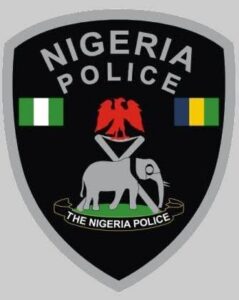 The Police Command in Kogi have killed two kidnappers who were on the verge of collecting ransom in Abobo area of Okehi Local Government Area of the state.

Mr Onogwu Muhammed, the Chief Press Secretary to the Kogi Governor, confirmed this in a statement on Tuesday.

According to Muhammed, the two kidnappers were gunned down in the early hours of Tuesday while collecting the ransom from representatives of their victims from one of the neighbouring states.

He said the police were able to ambush and kill the kidnappers following intelligence reports from professional hunters in the area.

“Following actionable intelligence report, professional hunters in Okehi local government area of the state ambushed the kidnappers who came out in Abobo area behind Nigerian Iron Ore Mining Company, Itakpe, to collect ransom demanded before the release of their victims.

“Two of the three kidnappers were killed in the process while one escaped into the bush with gunshot wounds with captives freed in the operation,” Muhammed stated.

According to him, the Divisional Police Officer of Okehi LGA, Mr Ovanja Yakubu, his officers were drafted to join professional hunters to fetch out the third kidnapper dead or alive.

Muhammed also said Governor Yahaya Bello, who maintained his position on criminal elements, has assured that the state would not accommodate any criminal trying to deprive the people of their peace.

According to him, Bello said that he is elected and sworn-in to protect the lives and property of the people and will ensure such covenant is kept for posterity.

The governor commended the professional hunters and the conventional security agencies in the state for their tireless efforts in fishing out criminal elements from the state.

Defection of Matawalle, from PDP proves there’s no better alternative to the APC — Buhari

Nigeria to start manufacturing of aircraft before 2023, says Sirika