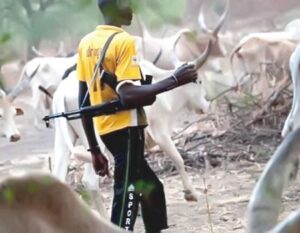 This is coming barely eight hours after leaders of Tiv and Fulani agreed to work for peace and end the renewed killings amongst herders and farmers.

“My uncle’s wife was attacked and robbed of all the money on her while her daughter who tried to protest was cut severally with cutlass and she is receiving treatment at MDG hospital in Amadu.

“The attackers in their numbers killed five persons and proceeded to the neighbouring Benue State,” Yade narrated.

It was gathered that stakeholders of Tiv and Fulani had on Saturday signed an agreement in Jalingo to end the killings and pave way for the displaced people to return to their homes.

The groups also resolved to come together, forgive one another and live in peace as brothers and sisters.