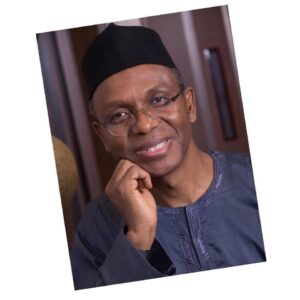 Nasiru El-Rufai’s recent call for peaceful and lawful co-existence of citizens within Nigeria is a patriotic call that should have been made much earlier. But, for the descent to self-help now pervasive in many helpless communities, it is doubtful if this call would ever have been made. For a man of his intellectual strength and international exposure, the wait was too long indeed. However, it is better be late than never. The likes of Governor Bala Mohammed and his colleagues must urgently learn from El- Rufai’s realistic appeal for responsible leadership to prevail. It’s time for an end to crass opportunism.

Those who think that the only way to remain relevant in the Nigerian political turf is to hook on to ethno-religious sentiments devoid of commonsensicality like a distressed coronavirus patient hanging on to oxygen supply, must think twice. They must remember the everlasting warning of the extraordinarily talented reggae maestro, Robert Nesta Marley when he said that- “ when the rain falls, it doesn’t fall on one man’s house”. Similarly, there are some who think that violence is the monopoly of any given group. This is incorrect. It is common knowledge that there is time for everything, including anarchy. May God forbid that we ever get there as a country.

It’s time to stop the obstinacy of the Government and citizens alike. The rule of law must be allowed to prevail. The Government must ensure the indiscriminate enforcement of national extant laws on protection of lives and properties against defaulters. Similarly, the citizens must learn to obey such laws and expose those who flout the laws within their various communities. Our country is sinking further into the abyss of lawlessness. We don’t need incendiaries as political leaders in our country. Down with ethnic and religious champions. A new era is what we desire. Thank God for men like Zulum. He twinkles like a star in the sky. Is he not a Nigerian? Why can’t the other political leaders emulate him? Do they forbid the greatest happiness for the majority of our country men and women? A few years ago, many would have added El-Rufai to Zulum. Not any more from his recent trajectory, but he looks like a man set to bounce back for the good of all.

It is not the quantity of men who people the political environment that matters, it is the quality. This is one of the big problems with our national life. Even those who can barely read and understand simple policies of Government bestride the political space like lords of the manor zonked in deep ignorance about how to build an egalitarian society. They plant cassava and expect to reap coco yam as satirically postulated by the late musical rain maker- Majekodumi Fasheki, popularly known as Majek Fashek.

Let us all heed the clarion call for a new order in our country and re-echo same loudly. Henceforth, what we want from our Government and people is day break.