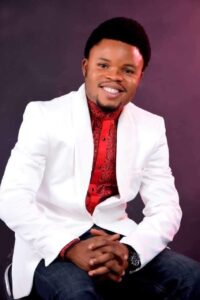 A Cleric, Dr Henry Ajayi , has called for gun licence to be issued to Nigerians for self protection in face of the present level of security challenges in the country.

The founder of Gospel of Jehovah Taberah Grace and Power Ministry (Hand of God), made the call on Sunday while speaking with newsmen on the planned 8th anniversary of the church coming up in March.

The cleric who noted that some Africa countries allows individual ownership of gun once licence, said the present level of insecurity in the country have assumed a worrisome dimension.

The prophet said that he was particularly worried because government seems not to be bothered about the “wanton” killings of harmless Nigerians.

According to him, “I want to advice that gun license should be given Nigerians to protect themselves. This is the case in Ghana that is close to us.

“We are all concern about these unnecessary killings of innocent people and this seem not to bother our leaders at all.

“Lives should be treated with value, but here, human lives no longer matter to others and our leaders are not bothered until they become a victim.

“Our leaders must understand that it is not only their lives and that of their families that needs to be protected.”

The Man of God said that the current security situation in Nigeria has gone beyond the police to handle, and called all security agencies to be alive to their responsibilities.

He decried the call by a religious leaders in Northern Nigeria that bandits should be compensated.

The prophet said that rather than being compensated, action should be expedited on their arrest and prosecution.

“Why should you compensate the people who have taking the lives of others.

Similarly, he called for religious leaders to avail themselves to be political through counsel to politicians.

“When connected to a politician, always endeavour to tell them the truth. Whike truth raises you up, lies can bring you down,” he stated.

Anambra 2021: How Lawmakers, Commissioners were bribed with N300million to defected to APC — APGA