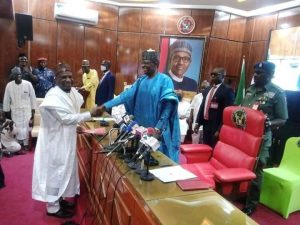 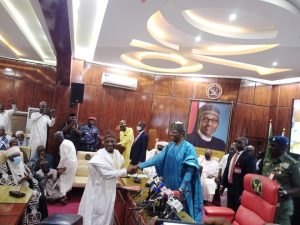 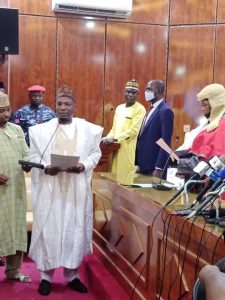 The new deputy governor of Zamfara State Hassan Jakada has been sworn-in after screening by the state House of Assembly.

The State Assembly earlier on Wednesday removed Mahdi Aliyu as deputy governor, received letter for the nomination of a new deputy governor and immediately screened him.

Upon screening, the new deputy governor took the oath of office at the Government House.