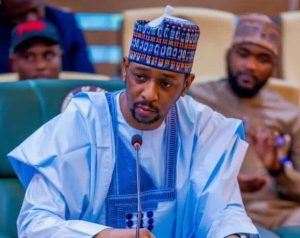 At plenary on Wednesday, 20 out 24 members voted for the impeachment of the Deputy Governor after the report submitted by the judicial panel of investigation found him guilty of the allegations levelled against him.

The report was read by the Speaker of the Assembly, Honorable Nasiru Muazu Magarya.

Earlier on Wednesday, the seven-man panel set up to investigate alleged gross misconduct and abuse of office leveled against Gusau had ended its sitting and submitted its report.

Presenting the copies of the report to the Speaker, Okpeseyi said they were not empowered to talk about the report with any one.

“We have done our duty with utmost integrity and diligence and we have compiled this report based on the evidences we have gathered in the course of our duty,” he said.

Responding, the Speaker of the Assembly said they would work on the report with the context of section 188 of the constitution. He then thanked the panel for discharging their duties in accordance with the law.