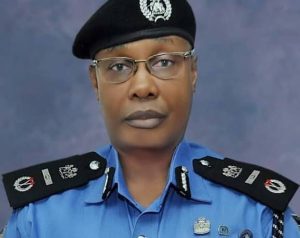 A man, who regained freedom from his captors a fortnight ago in Woji, near Port Harcourt, has raised the alarm over a new gang of kidnappers in Rivers State that specialises in abducting victims and harvesting their internal organs for sale.

The traumatised man, who spoke on condition of anonymity, said he was kidnapped by a group of armed men around Woji in the Obio/Akpor Local Government Area of the state while trying to drop off a friend.

He said he was taken to a forest called Sambisa in Oyigbo on the outskirts of Port Harcourt.

He explained that while in captivity, he listened to a conversation where the kidnappers were trying to negotiate how much they would get for his internal organs.

“I was there with them for about four days. They beat and stabbed me. They got access to my mobile telephone and my account,” the man stated.

The victim said the miscreants took his Automated Teller Machine and emptied his account, adding that he overheard them making calls and haggling over his internal organs.

He stated, “They forced me to insert my ATM card into their Point of Sale machine and collected all the money in my account. After three days, my brother sent N50,000 to my account. They collected it after so much torture.

“I was there when they were calling a fellow and haggling my kidney, my liver, neck and everything.

“It was just one of them who said I’m too young to die. At the end of the day, God intervened in my case.”

The victim warned residents of Port Harcourt and its environs to avoid leaving details of bank transactions on their phones.

He also advised motorists, who drive at night, to wind up their windows to protect them from kidnappers.

He stated, “Part of the advice I will give to people in Port Harcourt is that if you are driving at night and you have an air-conditioned car, ensure you wind up and lock the doors.

“Secondly, everything concerning bank transactions, such as alert messages from banks, make sure that you don’t leave them on your phone.

“That is one of the sources where they can trace your finances and get access to your accounts. My car is still with them as I speak with you.

“I have reported the case to the police kidnapping unit, but till now the police have not given me any information about my car.”

When contacted, the state Commissioner of Police, Friday Eboka, said he was not aware of the incident, but said the command would investigate the claims made by the man.

“I am not aware but I will ask my deputy commissioner to brief me. As he claims, if they used his ATM to collect cash, then we can begin our probe from there,” Eboka stated.

Five Ways To Spend Valentine’s Day As A Single