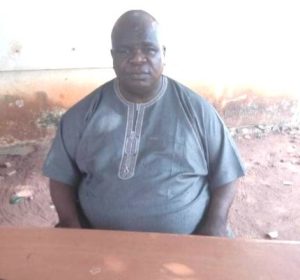 A family source confirmed his release yesterday evening but he said he was let go after a ransom of N70m was paid. Curiously, he said the ransom was paid in far away Kaduna State while he was released in an undisclosed location in Edo State.

He said “He was released yesterday morning after a ransom of N70 million was paid in Kaduna. As we speak, he is in an undisclosed hospital in Benin receiving treatment.”

The abductors had six days ago demanded for N80 million before he would be released.

Egele was kidnapped on Monday, February 7th in Jattu, Etsako West local government area at around 7 pm when he was returning home after the day’s business and he was accosted by the gunmen.

The Police Public Relations Officer, Kontongs Bello (SP) could not be reached but a top police officer said they were yet to be informed about the development.