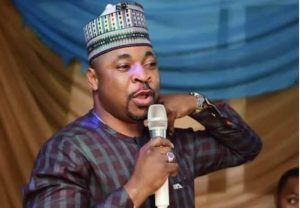 The Lagos State Chairman of the National Union of Road Transport Workers, Musiliu Akinsanya, aka MC Oluomo and others have been spotted at a meeting where they were talking strategy ahead of the 2023 general elections.

In this video circulating on social media, Oluomo could be heard talking about how they would mobilise members in the South West region. MC Oluomo said they would extend their tentacles to Kwara State because Yoruba is spoken in the state.

He added that Lagos would be the headquarters of their operations with each state having four officers, who would represent their interests in the group.

2023: Battle For Aso Rock Hits Up As 102-year-old ezeanyaeche declares intention to run for president

The Unfairness of Remanding Accused Persons on Exparte Orders, By: Douglas Ogbankwa Esq.