2023: Proponents Of Zoning Do Not Love Nigeria, says Imasuangbon 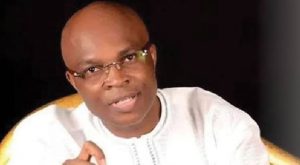 A Chieftain of the Peoples Democratic Party and renown philanthropist, Barr. Kenneth Imasuangbon, has posited that Nigerians must begin to think of a Presidential candidate that can fix the litany of troubling the Nation.

He said that members of the party asking for the presidency to be zoned to the southern part of the country ahead of the 2023 general elections do not love the country noting that a candidate with merit, intellectual capabilities and exposure.

Imasuangbon who spoke in a statement made available to newsmen said Nigeria is in an emergency situation and therefore requires emergency solution.

The ‘Rice man’ stated that the best option for the PDP was not to push for zoning but allowed all aspirants to contest for the party’s ticket giving way to what he termed ‘the popular and most acceptable candidate emerge’.

He insisted that the PDP never zoned the presidential ticket to the north in 2019 and also never asked any Southern person not to contest.

According to him, ” The state of the country is chaotic and troubling. We should not be contemplating about zoning now. We should be thinking of who is the man that can do the job for the Almajiri in the streets, the farmers, secure the nation and help the economy to grow. The person who can fix our roads, make our schools work and give value to us as Nigerians.

“Who is that Nigerian that will come after President Muhammadu Buhari that will be courageous enough to call a spade a spade, heal the pains of the country and bring the country together. A well travelled Nigeria that will not have complex when in Washington. Who is that Nigeria that has a taste of the private sector and served in government. The person who knows what to do from day one.

“I feel troubled when people talk about zoning because we are in emergency times and it demands emergency solutions. Look at our hospital. I almost died of malaria because the drug i got were fake.

“If we are talking about zoning, it is not the turn of the South. If it is PDP, the ticket should go to the North. Jonathan did six years, Obasanjo did eight years, Yar Adua did two years and Buhari is completing eight years. These are not times for testing the waters.

“With Northern presidential candidate, we can secure victory and rescue our country. Fairness and equity demands that if the south has done 14 out 16, the north should be the next in line to the presidency.

“We are sitting on the precipice on strategic issues like job creation, security and the economy. We need somebody who has been tried and tested. To curb agitation, the best way for our party to go is to throw it open and let the best candidate emerge. The candidate that will heal the wounds. We need to put the country together.

“Those asking for zoning do not love Nigeria. We must de emphasize zoning. We must look for merit, intellectual capabilities and exposure. Nigeria is bigger than zoning, it is bigger than a political party.”

People Will Be Out Of Jobs, Says Popular Nigerian Actress As Robot Serves Her In Restaurant

Yinka Odumakin died, when his condition was improving – wife