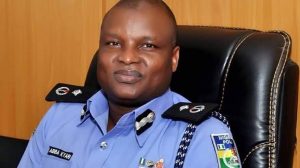 The suspended Head of the Intelligence Response Team, DCP Abba Kyari, has been arrested by the Nigerian police.

He was arrested alongside four others on Monday.

The suspended DCP is also under investigation after the Federal Bureau of Investigation of the United States of America indicted him in the case of fraud involving Instagram celebrity, Ramon Abbas, aka Hushpuppi.

A senior police officer at the Force headquarters told our correspondent that Kyari was handcuffed and arrested like any other suspect.

“He has been arrested. He was handcuffed and will be handed over to the appropriate agency. He was not given any preferential treatment,” the police officer said.

When contacted, the spokesperson for the Force, CSP Olumuyiwa Adejobi, confirmed Kyari’s arrest.