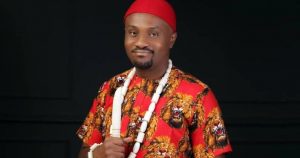 Mr Obiora Agbasimalo, the candidate of the Labour Party (LP), in the November 6 Anambra State governorship election is still in captivity 11 days to the polls.

This came about a week after the former banker flagged off his governorship campaign in Onitsha with a huge attendance, which surprised many of those who were seeing him as a greenhorn in politics.

LP officials, Mr Clement Ojukwu, National organizing secretary; and a member of the Labour Party campaign council, Mr Stanley Okoli who briefed journalists on Tuesday in Awka, said the abduction of their candidate had a political undertone and is not unconnected to his popularity and chances in the forthcoming election.

“Since after his abduction, he has not appeared anywhere and his abductors have always spoken to us to assure us that he is alive and we believe he will be out soon.”

Asked what the kidnappers were demanding, and if money was a hindrance to his release, Ojukwu said: “What we discuss with them and what they tell us is like what a man and a woman discuss in the bedroom because it is secret. We always discuss with them to ensure our candidate is alive, and they let us speak with him.

“His abduction is political. He was in the banking sector and no one has ever thought of abducting him, but since he started vying for the governorship seat of Anambra, they now targeted and abducted him. He is very popular and his chances are very clear, so his opponents are not happy.”

On whether he can win the election even in captivity, he said: “This is not the first time this is happening. People have been in prison and won elections. You remember Omisore, you remember T.A Orji? We believe that he will win the election.

“We do not need sympathy vote to be able to win the election, he is popular and deserves to win. Besides, he is not the only one abducted, his security too, and the police force headquarters and the DSS are on it, and we believe he will be out soon.”

The party also denied media reports that the party had concluded arrangements to collapse its structure into that of the Peoples Democratic Party (PDP), with the intention to adopt Mr Valentine Ozigbo as its candidate for the election.

They insisted that their candidate’s popularity was making opposition very jittery because of the massive following he had garnered, hence the rumours.

They said: “The name of Labour Party candidate is with INEC and you may wish to visit their portal to check that. Agabasimalo and Ozigbo are vying for the same seat and never met one on one or brokered an agreement for one to step down for the other. They are all rumours targeted at reducing our candidate’s popularity,” Ojukwu said.