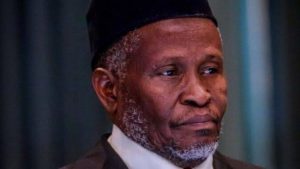 A political group, the G-14 Advocacy Group, has called on the Federal Government to urgently intervene and address the crisis in the Edo State House of Assembly to bring to an end the issue of the yet-to-be inaugurated members.

The group made the call after its State meeting in Benin City.

Edo North Coordinator of the group, Mr Sunny Ifijen, who spoke to journalists, drew the attention of the Attorney General of the Federal (AGF) and the Nigeria Judicial Council (NJC) to the issues surrounding the delay in the dispensation of justice on the matter.

He pointed out that the matter which has been pending in court for over two years has denied no fewer than 1.6 million people of representation.

Ifijen described the Edo State House of Assembly as presently constituted as “illegal” and said every action and decision taken so far by the Assembly would be challenged in due course.

‘It bothers us that for almost three years, the Government of Edo as led by Mr Godwin Obaseki has not seen anything wrong with the State legislature as constituted.

‘Not only that, it is totally wrong for 10 persons to be sitting and making laws for the State in an Assembly of 24 members while the other 14 constituencies have been denied of representation.

‘This is not only an affront to the law of the land but a calculated attempt to derail democracy that we have seemingly enjoyed since 1999.

‘Our pain is the fact that the matter, non-inauguration of the other 14 lawmakers-elect which has been before the State High Court, has been deliberately delayed by the to serve their purpose.

‘It is for this reason that we are calling on the federal through the AGF and NJC to look into the matter with a view of ensuring quick dispensation of justice on it,’ Ifijen added.

The crisis of the Edo State House of Assembly began when only 12 out of 24 lawmakers-elect were inaugurated under controversial circumstances in the late hours of June 17, 2019, following a proclamation by the governor.

Two out of the‎ 12 members inaugurated later joined the 12 lawmakers-elect yet to be inaugurated to bring the number of constituencies without representation in House to 14.

2023: I’ll support PDP even if I don’t get presidential ticket – Wike