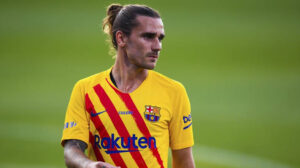 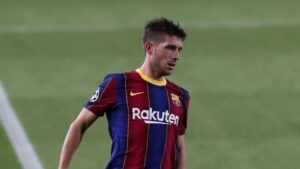 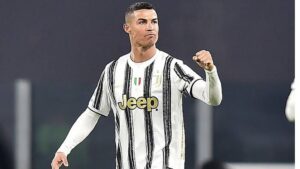 Barcelona is ready to give Juventus three players in a swap deal for their forward, Cristiano Ronaldo.

According to Diario AS, Barcelona president, Joan Laporta, is eager to sign Ronaldo and he is prepared to use Antoine Griezmann, Philippe Coutinho and Sergi Roberto as a makeweight in a deal for the Portugal captain.

Laporta is formulating an audacious plan to unite Ronaldo with captain Lionel Messi at Camp Nou.

Ronaldo has a year remaining on his contract with Juventus.

The 36-year-old has been strongly linked with a transfer move away from Juventus this summer.

Ronaldo has drawn the interest of Manchester United, PSG, Real Madrid and Barcelona.

Meanwhile, the prospect of uniting Ronaldo with Messi also relies on the Argentina captain agreeing to a new contract with Barcelona.

Messi’s current contract with Barcelona will expire on 30 June.