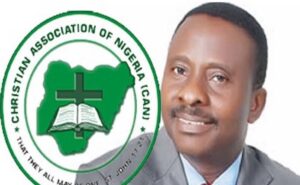 The Christian Association of Nigeria (CAN) has called on the lawmakers to consider 18 years as the minimum age for marriage in the ongoing constitution review in order to put a stop to early marriage among female citizens in Nigeria.

President of CAN, Olasupo Ayokunle, who called for this position, on Wednesday, while presenting the position of Christian body before the Constitution Review Committee for the Southwest zone in Akure Centre.

The CAN President who was represented by the Ondo State Chairman, John Oladapo, noted that the girl-child has been exposed to series of indecent tradition and circumstances in the nation.

He noted that the girl-child had been exposed to series of abuse and said “We recommend that the constitution shall bring clarity and emphasis to recognising and affirming eighteen years as the age of maturity and that for sexual consent.

“Guarantee for the rights of women and girls, females, to contest or seek appointment based on equal opportunities that secure their active participation in politics.”

While addressing journalists after the hearing, the Chairman of the South-West Constitution Review Centre for Ondo, Osun and Ekiti states, Peter Akpatason, assured that all the submissions would be relayed to the House of Representatives.

He disclosed that no fewer than 35 proposals have been submitted and presented before the committee for consideration and gave other stakeholders the window to send their papers to the committee thereafter.

He, however, said the exercise was not final and an end in itself, saying that after the House must have collated the submissions, it would open another round of public hearing and dialogue.