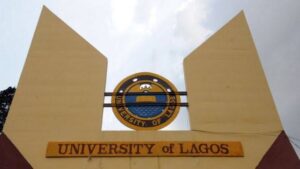 The Governing Council of the University of Lagos (UNILAG) Akoka has approved the immediate dismissal from service of two lecturers of the university who had been found culpable in the sex-for-grades allegation levelled against them about two years ago.

The two dons, Dr Boniface Igbenegbu of the Department of European Languages and Integrated Studies and Dr Samuel Oladipo of the Department of Economics, Faculty of Social Sciences, were those exposed by the British Broadcasting Corporation (BBC) in a sex-for-grades documentary aired in October 2019.

In the documentary, a female undercover reporter from the BBC who pretended to be looking for admission in the university exposed them.

The council, however, approved their dismissal at its meeting on Monday, May 31, 2021, after considering the reports and findings of the university’s Senate Committee set up to investigate them on the subject matter.

According to the university, the council consequently decided and approved that both Dr Boniface Igbenegbu and Dr Samuel Omoniyi Oladipo be dismissed from the service of the university for misconduct, with effect from Monday, May 31, 2021 in line with Section 18 of the University of Lagos Act 1967.

The statement read further that “Council further directed that the management should review Sexual Harassment Policy as may be necessary and institute effective strategies to prevent future recurrence.”

The two dons had been on suspension since the matter became public knowledge in 2019 with the university authority vowed to get to the root of it in a fairness and transparency manner and justice served appropriately.

Now, by this development, the implications are that the two dons would likely forfeit all their entitlements and benefits that would have accrued to them if their disengagement was not on the basis of gross misconduct in service.

BREAKING: Bandits kill Policeman, 11 Others During Raid in Kaduna Communities