Plane crash: Best way to immortalize Attahiru, others is victory over Insurgency — Reps 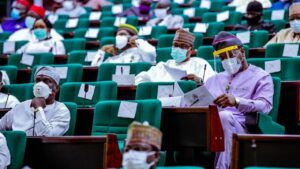 House of Representatives Committee on Defence has commiserated with the families of the Chief of Army Staff, late Lt. Gen. Ibrahim Attahiru and 10 other persons who died in a military plane crash yesterday in Kaduna.

Chairman of the Committee, Hon. Babajimi Benson, while sympathizing with the families, the Nigerian Army and other military formations in a statememt he personally signed on Saturday said the death of the gallant officers was a colossal loss to the nation.

Benson said it was devastating that the highly-spirited personnel lost their lives at a time when the Nigerian Army was poised to committedly tackle insecurity in the country.

He noted that the best way to immortalize the departed senior military officers was to sustain the war against insurgency, banditry and kidnappings in the country.

“The death of the gallant officers came to me as a rude shock. While I condole with President Muhammadu Buhari, the Nigerian Army and the Nigerian Airforce, I pray God grants the families of the deceased fortitude to bear the irreparable loss”, he said.

The Defence Committee enjoined the Nigerian Army and other formations to rededicate themselves to the onerous task of bringing insurgency to an end in Nigeria.