by infopowerng Reporter
in NEWS
2 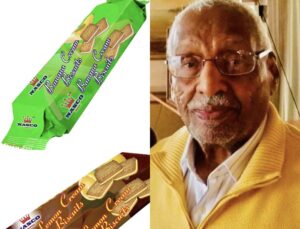 Ahmed Idris Nasreddin, the founder of NASCO Group of Companies, the manufacturers of local variety of biscuits in Nigeria, has died aged 97.

Mr Lalong described the passing of the patriarch of the NASCO family as a great loss not only to the family, but to people of Plateau State and Nigeria as a whole.

Mr Lalong said the late Nasreddin was a visionary leader who established NASCO in Jos in 1963 as the first jute bag factory in Nigeria and sub-Saharan Africa, in response to the desire of the Nation’s founding fathers to meet the challenges for the effective bagging, storage and export of the large agricultural products from the country.

He said “This vision by the late Dr. Ahmed Idris Nasreddin saw the company growing from its little beginnings to become a major conglomerate with successful companies in manufacturing, real estate, hospitality and logistics, trading among others. NASCO has over the years remained a major employer of labour in Plateau State and continues to contribute to the economic prosperity of the State and Nigeria at large through tax revenue and corporate social responsibility”.

The governor said because of the faith that the late Nasreddin had in Plateau State, NASCO remained rooted in the State throughout the difficult moments when the State witnessed crises that affected its development.

Mr Lalong while consoling the family, Management and Staff of the NASCO Conglomerate, said the legacies of the late business mogul will continue to prevail particularly when the company he founded many years ago is waxing stringer and being successfully run by his son, (Dr) Attia Nasreddin and other members of the family.

The governor assured the NASCO family of the support and collaboration of the Plateau State Government as he prayed God to grant the soul of the deceased eternal rest and comfort the family.

Plane crash: Best way to immortalize Attahiru, others is victory over Insurgency — Reps