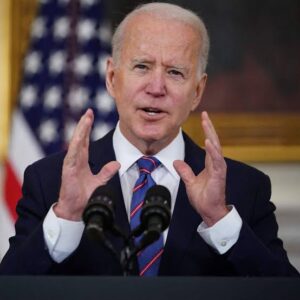 The United States has warned that anyone who obstructs or undermines Libya’s forthcoming elections on 24 December, 2021, could be subject to sanctions.

Speaking on Friday evening at the UN Security Council in New York during a session dedicated to the situation in Libya, the US Permanent Representative, Linda Greenfield, affirmed that free and fair elections must be held on 24 December in the North African country.

The recent visit to Libya by the acting US Assistant Secretary of State for the Middle East, Joey Hood, unveiled Washington’s support for the outcome of the UN-sponsored political process, which resulted in the adoption of a roadmap by the Libyan Political Dialogue Forum, including the holding of presidential and parliamentary elections on 24 December.

Greenfield called for the need to protect human rights and fight corruption in Libya, assuring that the Libyan people have made enormous progress towards national reconciliation and now they want elections.

“The time has come for Libya’s leaders to clarify the constitutional basis for elections, to adopt the required legislation and not to postpone the elections,” the US diplomat added, pointing to calls by UN Special Envoy Jan Kubis and others on the need for this progress to be made before 1 July.

The Libyan Political Dialogue Forum is holding a virtual meeting on 26 and 27 May to finalise the draft constitutional basis for the elections prepared by the Forum’s Legal Committee.

Greenfield stressed that the 23 October 2020 ceasefire agreement must be fully implemented, recalling that the Security Council issued statements in support of the ceasefire, which it unanimously confirmed and reaffirmed its parameters in April.

The United States fully supports the terms of the ceasefire, the US diplomat reiterated.

Although the UN-sponsored ceasefire agreement, signed in Geneva, remains in place, it is stalled on two important clauses: the opening of the coastal road linking Sirte to Misrata in central Libya and the departure of foreign fighters and mercenaries.

Greenfield said tto this end, all external parties involved in the conflict must cease their military intervention and begin to withdraw immediately from Libya, adding “There is no room for interpretation here. Everything means everything.”

Moreover, any external military support that conflicts with the UN arms embargo must end, the US diplomat insisted, calling for an end to the training and funding of mercenaries, as well as proxy forces and armed groups.

The US official pointed to the recent violent instability in Chad, which highlights the dangers of foreign mercenaries who cannot stay in Libya.

This situation endangers the still fragile stability of Libya, where the south, a vast desert area, is scoured by armed groups from neighbouring Chad and Sudan.

Greenfield, meanwhile, stressed that the sovereign Libyan government, empowered by national elections, will be able to determine the best mix of partners for future security cooperation, recalling that Resolution 2570 calls for continued support from the UN Mission in Libya (UNSMIL) to the Libyan-led and Libyan-owned ceasefire monitoring mechanism.

She called on Libyan leaders to unify the budget and establish institutions to fight corruption and involve Libyan civil society and women leaders in the political process, adding that Libya needs a unified budget to meet the needs of the Libyan people.

A plenary session of the Libyan Parliament has been convened for Monday to debate the version of the revised draft 2021 budget.

The US diplomat urged the Government to implement transparency measures to reach a permanent agreement on the management of oil revenues, recalling that in opinion polls, “Libyans consistently cite corruption as a deep-rooted problem that must be overcome for Libya to prosper.”