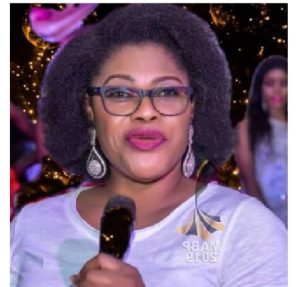 Frontline Chairmanship aspirant in Etsako East Local Government in the forth-coming Edo State local government election, Mrs. Benedicta Ebuehi has vowed to commit all her leadership experience and influence within and outside Nigeria in partnering with Developmental groups to make Etsako East an enviable local Government in Edo State and in Nigeria when elected as the Chairman of the local government.

“We must move ahead with confidence, determination and surefootedness in our collective efforts in making Etsako East great. There can only be a reform when there is the will. I have the political will, the experience and necessary connections with relevant development partners that will ease the burden of building an enviable council.”

According to her, “we need to strengthen and expand our current infrastructure in order to create the needed foundation on which we will collectively build the new Etsako East of our dream. We have great potentials for social economic attainment and for leadership.

“For us to realize these potentials, our two major resources; land and people must be developed and judiciously utilized”

She maintained that Etsako East Local Government could offer better alternative as a major travelling and transportation hub in connecting to Abuja, Kaduna, Kogi State and all the Northern States by focusing on our comparative advantage of the high sea.

“When elected as the next Chairman, our administration will open up Etsako East waterways and construct a befitting World Class water transport service through the Agenebode High Sea as safer roots in travelling to the North rather than following through road. Etsako East can become a model local government in Nigeria through super sea transportation service to neighboring States. We have the plans; we have the passion all that is require is your nomination and vote in making Etsako East an enviable local government.

The Chairmanship aspirant who was speaking during her consultation with leaders and stakeholders of the Peoples Democratic Party in Okpella said, “When we create an enviable water transportation system in Etsako East, the ripple effect will increase commerce and industry in our communities. It is time to take advantages of our available infrastructure in building and developing our locality.

That is the reason why we are stagnant. I am in the race to break the implementation barrier that I have already started in my few months as Chairman.

“I am here today to commit myself that I am passionate about taking the path that previous Chairmen did not take. The road not taken previously is the road that will lead us to economic prosperity, it is the road that would lead us into massive employment generation for our people especially our teeming youths.” Hon. Ebuehi continued,” Before I left office one year ago, I had come up with a plan to build an ULTRA MODERN TRAILER PARK in Okpella and went along with well meaning and forward thinking Okpella sons to secure funding for the project. This will no doubt put the local government on the part of economic prosperity once actualized.

The path that will promote sustainable economic development, that long neglected path, that is the road that will make Etsako East great. The time is now and Mrs. Benedicta Ebuehi is the person that can rally everyone and unite our people behind this common vision in leading our people out of poverty, avoidable hardship while expanding our frontiers.

Responding, the leaders of Okpella who were excited by her visit said, “they have met other Chairmanship aspirants, but none has shown clarity of vision in what they intended to do for our people. Ebuehi has shown that she is different and capable of steering the ship of our council. She has an articulated and clear vision for the local government and must be encouraged to achieve her dream,” they added.