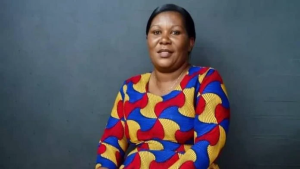 During an interview with BBC a woman confessed that she had kept her HIV status from her husband for 9 years. The couple had been already married for 20 years.

The woman, who is a pastor, mother to two grown children and grandmother to 1, attempted to confess on 4 different occasions, but she state dthat it was difficult.

Lucy claims that after her mother has passed away, she was forced to get married at just the tender age of 17, to a 30 year old man.

She claims that soon after getting married she began working as a bartender, where she would have at least 3 boyfriends at a time. Even though her mother passed away from HIV, Lucy believes that she did not contract it from her mother, but from her relationships instead.

Sfter Lucy confessed to her husband, he got tested for HIV and his results came back negative. This is something that is still surprising to both of them.

“My Husband Has Been Sleeping With My Mother For 15 Years”

The Time: Quality Representation and Rural Transformation of Esan Southeast (1)

The Time: Quality Representation and Rural Transformation of Esan Southeast (1)

JUST IN: FG raises alarm over planned attacks on airports across the country