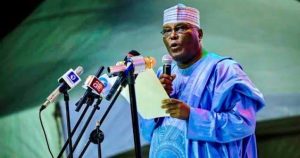 The Court of Appeal in Abuja on Wednesday adjourned till May 18, the appeal seeking to nullify President Muhammadu Buhari’s election in 2019 and swear in Abubakar Atiku of the Peoples Democratic Party (PDP) as President.

The three-member panel presided by Justice Haruna Tsamani adjourned the appeal to enable the ruling administration to reconcile an issue of representation.

It would be recalled that the Incorporated Trustees of the Civil Society Observatory for Constitutional and Legal Compliance (CSOCLC) filed the appeal to throw the Buhari administration out of government over its contention that the affidavit made by President Buhari in the 2019 general elections was false.

At the resumed hearing on Wednesday, two lawyers — Oluwole Afolabi and F. O. Amedu — appeared for both the All Progressives Congress (APC) and Buhari. Each argued he is the genuine representative of the ruling government, which caused the judge to postpone the matter.

Buhari, whose two-term tenure expires in 2023, is asking the Court of Appeal to dismiss the appeal seeking to nullify his election.