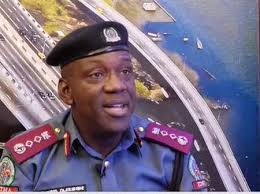 Edo Government, on Wednesday in Benin, said it is working to enhance traffic management, restore orderliness and also improve security in the State.

Oloriegbe who bemoaned criminal activity and lack of complaince to traffic rules by some motorists in the State, said a number of measures were being put in place to correct these abnormally.

The EDSTMA Boss listed part of the meaures to include, erection of bus stops and banning of unregistered vehicles across the State, especially in Benin City.

He said that the implemetation of the measures which is currently ongoing, would be concluded before the end of March.

According to him, “There were bus stops before in Benin City but they have been eroded, people don’t know exactly where they are.

“As we speaks, we have identified and placed bus stops signs on Airport Road, Sapele Road, Akpakpava, Uselu/Ugbowo/Oluku Road and also parts of Agbor Park.

“After this, we will be carrying out enhancement on these bus stops; creating where the vehicles can park to drop passengers and then build shelters on the bus stops.

“We will also carry out sensitisation and educating the masses and motorists on the need to use these bus stops.

“This is aimed at bringing orderliness on our roads, the era where you park anyhow is gone.

“We will no longer condole the use of vehicles with masked number plates, use of dealer numbers beyond specified period and also that of one number plate either at the front or back.”

Oloriegbe said that the agency now have an academy used to train drivers apprehended over violation of traffic laws, training of drivers in the pool of civil service and also executive drivers.

He said that the agency plans to spread its activities across other parts of the State when it manpower needs improves.

“We currently have our presences in Auchi, Uromi and Ekpoma, we hope to spread to other parts like Okada among others soon.