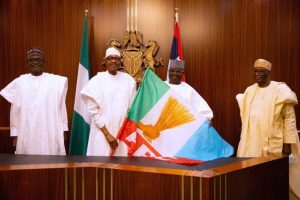 Senate President Ahmad Lawan on Wednesday, February 9, appointed the former deputy minority leader, Emmanuel Bwacha, as the chairman of the committee on procurement.

Bwacha’s appointment was announced on the floor at the beginning of the plenary on Wednesday by the Lawan, Infopowerng reports.

The Senate also appointed also announced Senator Shuaibu Isa Lau as the vice-chairman of the committee on works.

Atiku is not a Nigerian, unfit to contest for President, Malami tells court