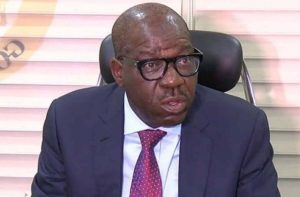 Imuse claimed that Governor Obaseki has not done much in delivering the dividends of democracy to the people.

“The government is a total failure, walk on the street of Benin, ask an ordinary man, he will tell you the administration has taken Edo back to the 17th century.

“As far as Edo is concerned today, the government is a monumental failure.

“There is nothing working in Edo, you know it. I do not need to re-emphasise it,” Imuse told the News Agency of Nigeria.

He also said the APC is strategizing to reclaim the state in 2023 and beyond.

Imuse said the party was hopeful of reclaiming what rightfully belonged to it in 2023.

“We hope that with this strategy that we are going to adopt, we will take the party to the next level. Do not forget Edo is an APC state. What we currently have is an aberration,” he added.

Research Reveals: Drinking Coffee Could Protect Against Some Types of Cancer