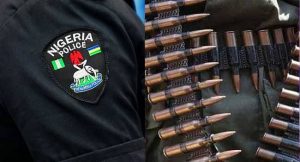 There seems no end in sight regarding the security challenges in Niger State, as gunmen continue attacks on more communities across the state.

No fewer than 15 communities have fallen under their control in the last 48 hours, three policemen were killed, while scores of villagers were abducted.

Among those abducted in the village-to-village raid by the gunmen in Kafinkoro area of Paikoro Local Government Area was a village head and four of his children.

An unspecified number of the villagers, including five women, was also abducted across six communities in the local government and they are still being held in a location within the area.

The three policemen were killed at Ishau, under Kafinkoro division of the Nigeria Police Force, when the gunmen in their numbers invaded the station to free an informant who was arrested earlier.

Although the state police command has not commented on the matter, our correspondent gathered that the deceased policemen were buried yesterday in their respective villages in Kafinkoro and Kuta, the headquarters of Shiroro LGA.

Following the sustained attacks by the gunmen in the last three days, about 15 communities have been sacked and this has swelled the number of internally displaced persons (IDP) in Kafinkoro (Paikoro LGA), Gwada and Zumba, Shiroro LGA.

Popular Bishop Arrested For Illegal Use Of Sirens

How Yabatech graduating student was murdered while celebrating final exams