Popular Bishop Arrested For Illegal Use Of Sirens 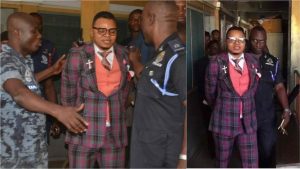 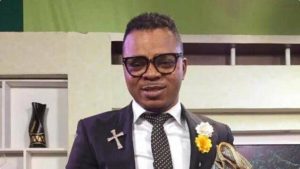 Controversial Ghanaian cleric Bishop Daniel Obinim and his driver have been fined GH¢ 1,200, about $190, for illegally using strobe lights and sirens.

According to ghanaweb.com, Obinim and his driver, Eric Kofi Agyeman were captured in a video driving a Toyota Land Cruiser fitted with strobe lights and siren.

This was contrary to the country’s road traffic regulations 74 (1) of Road Traffic Regulation 2012 LI 2180.

Police investigation upon a review of the video footage led to the arrest of the driver, Eric Kofi Agyeman, and the owner of the vehicle, Bishop Daniel Obinim, founder of International God’s Way Church.

They were fined by an Akropong Magistrate Court on Wednesday, February 2, 2022.

The police warned later: “We are appealing to car owners to stop fixing strobe lights and sirens, which they are not entitled to, on their vehicles. Car owners who flout the law will be prosecuted”

Why We Are Sustaining Our Father’s Legacy — Olori Atuwatse III