It is a known fact that our Most Distinguished Hon Dennis ldahosa is a known political gladiator who make things happen, when it matters most, his foray into the murky Waters of politics is no mistake as the political top notch is destined to be the people’s political Redeemer, hence he has made uncountable political appointees over the years, including Councillors, Council Chairmen, Commissioners Political Aids, Board members etc. 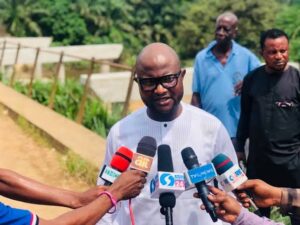 A man who understands the Dynamics and Nitty gritty of power play, elected into the House of Representatives in a keenly contested election, became Chairman House Committee on Legislative and Compliance, in his first tenure.

Today, Distinguished Hon Dennis ldahosa has become a household name and the cynosure of all eyes within the South-South region and Nigeria at large.

Ovia Federal Constituency are eternally grateful to this political gem, who in spite of all odds and betrayals, continued to empower Ovia people across board.

Kudos to you! The people’s political General, tested and trusted.