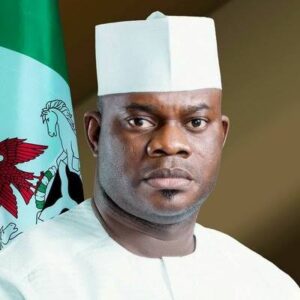 It was gathered in Lokoja on Wednesday that the traditional ruler was returning to his community from Okene, also in Kogi, when he was kidnapped.

Confirming the incident, police spokesman in Kogi, DSP William Aya, said that Adembe was kidnapped at about 5:20 pm on the Okene -Eganyi Road.

He said that the gunmen took advantage of the bad spots on the road to kidnap the traditional ruler.

“His car slowed down at one of the potholes on the road; the gunmen emerged from a nearby bush and started shooting sporadically into the air, thereby forcing him to a stop.

“Other occupants of the vehicle were spared as the gunmen marched only the traditional ruler into the bush,’’ Aya explained.

He added that policemen were already combing the surrounding area and the bush to rescue Alhaji Adembe and reunite him with his community.

REVEALED: How Sunday Igboho entered a room and disappeared, when he found out DSS where here to kill him ― Aide