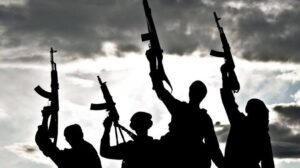 The spokesman of the State Police Command, ASP Ubah Gabriel, who confirmed the attack, said the incident occurred on Thursday evening.

Mr Gabriel explained that more than 40 cattle were also killed in the attack.

He said: “On 1/7/2021, the Plateau State Police Command received a report of an attack at Chol Village Vwang District of Jos South L.G.A by yet to be identified armed men.

“Unfortunately, six persons and five cows were shot dead. Team of Policemen and STF sector 6 personnel were immediately deployed to the location to beef up security.

“An investigation is ongoing to trail the perpetrators of the act and bring them to justice.”