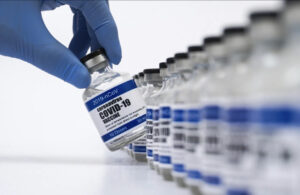 The European Commission has named Ghana as one of its possible manufacturing hubs of COVID-19 vaccines in Africa.

A statement signed on Friday by Eugene Arhin, spokesman for the president, said the announcement was made during a two-day working visit by President Nana Akufo-Addo to Brussels, Belgium, from on 19 and 20 May.

The commission said this follows the initiatives already taken by the Ghana Government towards the domestic manufacturing of vaccines.

Earlier this month, three Ghanaian companies working to produce COVID-19 vaccines locally presented proposals on their plans to the government.

Task force teams from the European Union, EU and Ghana will meet shortly to discuss modalities towards the realisation of this initiative, which, in principle, could be supported by the European Investment Bank, EIB, the statement said.

The EU announced on Friday in Rome that it intends to invest 1 billion euros (about US$1.2 billion) to build COVID-19 vaccine manufacturing hubs in Africa.

Ursula von der Leyen, the president of the European Commission, said it will also donate at least 100 million doses of coronavirus vaccines to low- and middle-income countries by the end of the year.

Political Betrayal: Tinubu Should Have Built Systems, Not Men