I did not author any Petition against the Esama of Benin of Kingdom,Chief Gabriel Osawaru Igbinedion CON — Douglas Ogbankwa Esq. 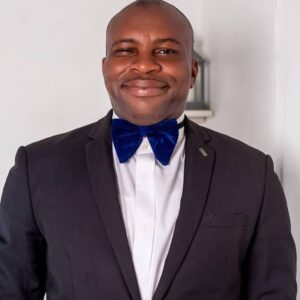 My attention has been drawn to an online news report credited to one whispers online news platform, falsely purporting that I wrote a Petition against Chief Gabriel Osawaru Igbinedion ,the Esama of Benin ,on behalf of Chief Patrick Eholor,also known as Ultimate Equal to the Assistant Inspector General Police ,Zone 5 , Headquarters,Benin City .

I wish to put it on record that I never at any time author any Petition against the Esama of Benin Kingdom , Chief Gabriel Osawaru Igbinedion over any land Matter .There is a mix up and misrepresentation of facts on the issue by the said online news platform and I have contacted them to make the requisite corrections.

US to ISWAP fighters: You’re not eligible for the $7million bounty on Shekau

US to ISWAP fighters: You're not eligible for the $7million bounty on Shekau