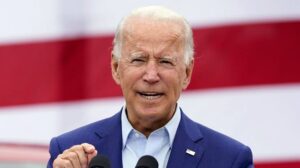 President Joe Biden said Monday that the United States is surging exports of Covid vaccines to other countries to reclaim “American leadership” in the global fight against the pandemic, dismissing rival efforts by China and Russia.

Biden confirmed that 20 million more doses of Covid vaccines are being released over the next six weeks, bringing the total earmarked for shipping out by the end of June to 80 million.

The boost follows pressure on the Biden administration from other governments to use its large vaccine surplus to help struggling countries, now that significant progress has been made in rolling out vaccinations at home.

The initiative also addresses concerns that Moscow and Beijing have been taking advantage of the worldwide crisis to spread influence through distribution of their own national vaccines in a so-called “vaccine diplomacy” contest.

By July, the United States will have easily cemented its place as leader on this stage, Biden said, while pointedly adding that Washington was not using the rollout as leverage over countries.

“This will be more vaccines than any country has actually shared today, five times more than any other country,” Biden said in a White House speech.

“We will not use our vaccines to secure favors from other countries.”

The White House would not say which countries were being prioritized for the shipments, but Biden has signaled that Washington will be doing what it can to help India push back against a surge in the pandemic.

An initial 60 million doses have already been pledged.

These will all be of AstraZeneca, a British-developed vaccine that has yet to be used in the United States and looks increasingly unlikely ever to be needed. Exports will begin as soon as US health regulators give approval.

Biden said the next wave of 20 million doses would also include already authorized vaccines being used in the United States — Pfizer, Moderna, and Johnson & Johnson.