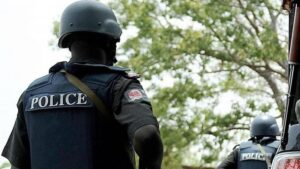 At least 723 people were killed in violent attacks across Nigeria in April 2021, a report by a non-governmental organisation, Nigeria Mourns, has shown.

The figures, according to the group, were gathered through the use of newspaper reports and family sources.

The report also showed that 407 people were abducted in the same month.

The report stated that 425 people were killed by suspected bandits; 117 people killed by persons suspected to be members of Boko Haram or its breakaway faction, ISWAP; 22 killed in isolated attacks and 52 by cult clashes.

Also, it said six people died through extra-judicial killings, communal crises led to the death of 53 people, and 47 people were killed by herdsmen.

The organisation earlier reported that 1,603 people were killed between January and March 2021. Also 1,774 people were abducted within the period, it added.

Infopower has on several occasions reported different attacks on different states with a spike in crime.

In the South-west, the government created a regional paramilitary outfit, Amotekun, last year.

The governors of the South-east states also resolved to maintain a similar outfit, Ebube Agu, in April.

Many governors have called on President Muhammadu Buhari, a retired General, to address the menace.

The governors under the banner of Peoples Democratic Party (PDP) recently demanded devolution of powers to states, a move their party didn’t take during its 16-year hold of power.

The governors, who met in Ibadan, Oyo State, on Monday, also supported the ban on open grazing and the call for restructuring.

Ogun Governor suspends aide arrested in US over alleged fraud

Ogun Governor suspends aide arrested in US over alleged fraud

Farm Estate Has Nothing To Do With Ruga, Ranches — FG replies Afenifere