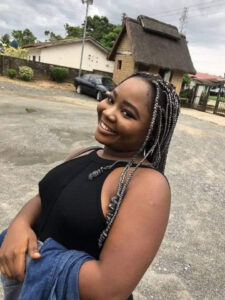 Priscilla Ojong, the Cross River University of Technology (UNICROSS) student, who was reported missing days ago, has cleared the air on her disappearance.

Priscilla who recently reunited with her mom in Calabar, during an Instagram live session stated that she was depressed and only went to her boyfriend’s place to cool off.

According to her, she told her roommate about where she was going to and insisted that she couldn’t reach anyone because her phone was bad.

In her words, “I never went for any hookup, I went to see my boyfriend. My phone was bad, I was going through a lot at that time and just used that time to cool off”.

Recall that the 300-level student was declared missing after she supposedly travelled from Calabar to Lagos State three weeks ago on the invitation of a male friend.

Is AAU@40 Anniversary, Worth Celebrating? By: Edoko Wilson Edoko