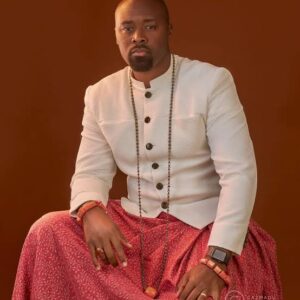 Delta State governor, Dr Ifeanyi Okowa, has expressed satisfaction with the way and manner over the emergence of the new Olu of Warri, designate, Prince Tsola Emiko.

Okowa also described the departed Olu of Warri, Ogiame Ikenwoli, as a promoter of peace who contributed immensely to promotion of peace and development in Itsekiriland and neighbouring ethnic nationalities in the state.

The governor, who condoled with the Itsekiri people over the passage of the monarch, expressed grief on the death of the Warri monarch.

Okowa, who had been mute on the crisis surrounding the death and succession process, spoke on Thursday when members of Olu Advisory Council visited him at the Delta Government House in Asaba to officially informed him of the passage of the monarch.

Recall that the state government through the Commissioner for Information, Mr. Charles Aniagwu, had on Tuesday said the State Government was not aware of the passage of the monarch thus not also aware of the controversies in Itsekiriland over the crisis

But Okowa while receiving Itsekiri traditional chiefs led by the Iyatsere of Warri, Chief Johnson Atserungleghe, said the departed Olu was an epitome of peace who built bridges across ethnic divides in the country.

The governor said, “I want to truly condole with the whole of Itsekiri nation on the passing of Ogiame Ikenwoli, the king who believed in peace.

“He set out to visit other monarchs to establish partnership and friendship and these partnerships he built helped to improve on the peace in the state and helped to bringing various kingdoms together.

“We thank God for the life of His Royal Majesty who has gone to the great beyond and I pray that the Itsekiri nation will continue to work for peace because he was an epitome of peace”.

We appreciate his conduct as a royal father who was always with us at state functions along with his colleagues. He built bridges of friendship and played his role beyond the Itsekiri nation.

“We were not expecting this but only God knows why it happened so early. On behalf of the government and people of Delta, I mourn with the Itsekiri nation on the passing of His Royal Majesty, Ogiame Ikenwoli, the Olu of Warri Kingdom,” he said.

The governor congratulated the Olu-designate, Prince Tsola Emiko, on his emergence and called on the Itsekiri people to give him their full support.

He urged the Olu Advisory Council to do its best to unite everyone and ensure that there was peace in Itsekiriland.

“I thank God that you have been able to arrive at a decision in the interest of the people on the choice of a new monarch.

“I pray to God to lead the Itsekiri nation through these trying times even as we work towards giving the departed king befitting burial rites and as we also look forward to the presentation of the new king.

“Please extend my congratulations to the new monarch and we assure him that our prayers are with him just as we pray that the Itsekiri nation will remain united.

“It is only when there is peace that we can have development not only in Warri but the entire Delta State,” Okowa added.

He urged all aggrieved persons in the process of picking a new Olu to sheath their swords to ensure that everything was done peacefully and in unity in the overall interest of Itsekiri people.