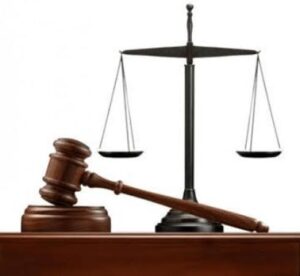 Section 121 (3) of the Constitution provides that all monies standing to the credit of the Judiciary shall be paid on the first line charge directly to the Heads of Court ,from the consolidated revenue fund .

Now what is really is the meaning of *money standing to the credit of the Judiciary*?

*An an entry on the right-hand side of an account constituting an addition to a revenue, net worth, or liability account*.

So when ever an additional money is generation by your action or processes that money stands to your credit .

I am not here to educate the educators ,but to provide the relevant information for the Judiciary to grow .

If the Judiciary knew better ,they would be better ,but now that they know better ,we expect the best .

There is a place and time where the Judge and the Judged will be Judged .That is when we face our creator .As God himself said in the book of ecclesiastics that he will judge both the good and the bad of all deeds .

The Judge should know that when ever he sits on any matter ,he is trial from both men and God.
The Almighty God this when he stated in the book of Ecclesiastes 3:17,thus:

*I said to myself, “God will judge both the righteous man and the wicked man,” for a time for every matter and for every deed*.
Remember there is place and time when both the Judge and Judged will be judged .

The Judge of all Judges will judge us all one day .What then will be your fate .Pause and Ponder .

How Recent Preachings in churches add to Nigeria’s Problems — Prophet