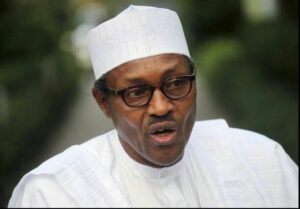 Governors on Tuesday rejected the Executive Order by President Muhammadu Buhari for the implementation of financial autonomy for state Legislature and Judiciary.

They clarified that while the Nigerian Governors’ Forum (NGF) is not against the implementation of the law on financial autonomy, they would not be stampeded by the Order.

According to the governors, the President’s Executive Order 10 is not required for the implementation of the financial autonomy they jointly facilitated.

The governors said they were not consulted before the President enacted the order.

Plateau State Governor Simon Lalong spoke with reporters in Abuja on behalf of the forum, after the NGF’s meeting with visiting French Minister of Foreign Trade and Attractiveness, Franck Riester.

Executive Order 10 was issued by the President on May 10, last year.

On Monday, Attorney-General and Minister of Justice Abubakar Malami said the Federal Government was determined to push through the content of EO 10. “No going back”, he said in Sokoto.

But Lalong insisted that the Executive order was unnecessary.

He attributed the confusion over financial autonomy for state Legislature and Judiciary, which led to the strike by court workers across the country, to misconception by those who confused the financial autonomy law with the Executive Order 10.

He said the implementation of the law would be preceded by discussions and agreement by stakeholders.

Lalong said the issues that arose from previous discussions will be fully resolved at the meeting scheduled for today.

The Plateau State governor, who was invited by his Ekiti State counterpart and Chairman of NGF Dr. Kayode Fayemi, to address the question on financial autonomy and court workers’ strike, emphasised that the NGF was not comfortable with Executive Order 10.

He noted that autonomy was not entirely about money, but putting necessary measures to strengthen the other two arms of government at the state level.

“People don’t know the difference between Order 10 and the law on financial autonomy. What we are having meetings on, which we are going to conclude tomorrow, is about financial autonomy. It is not about Order 10. Order 10, of course, is subjudice now, because it is in court.

“But, we are not bothered about Order 10. We are talking about the implementation of the financial autonomy law. I was a Speaker. We started it in 1999. Today, I am a governor. And I know how the governors agreed and brought in financial autonomy.

“It was a law agreed by the governors, who said go and pass it. Otherwise. it would not have been passed. We brought it up during every constitutional amendment. But, by the time we got there, we all agreed, as governors, and said let us pass it in our states and we passed it. So, who is the one that is crying more than the bereaved?

“We are the ones most affected. All these things affect us. I am a lawyer and I will want the Judiciary to be autonomous. I have been a legislator. I was not only a legislator, I was a Speaker and Chairman of Former Speakers Conference up till today. So, I will want autonomy for them. I am a member of the Executive today.

Lalong said the attainment of autonomy is a process that cannot be enforced by the mere enactment of Executive Order. He said since it is democracy, the issue would be resolved through dialogue.