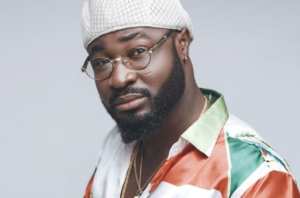 Nigerian singer and instrumentalist, Harrison Okiri, better known as Harrysong, has said that he would win a Grammy award in the nearest future.

Harrysong stated that he is returning to music this time with full force and hope to make an outstanding impact by winning the prestigious Grammy Award.

“I am back in the studio to focus on my music career. I am about to release an album titled, God Amongst Men and I have started work on it with my team of about 40 people.

“Not all men can be gods on earth because many are called but few are chosen. The power of music is given to very few and the grace of manifestation is few. I would win a Grammy Award. It might not be now, but when it comes, the world would see it.”