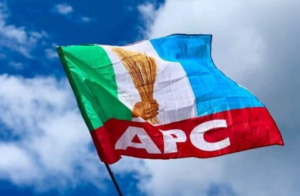 National Youth Leader of the All Progressives Congress (APC) Barrister Ismaeel Ahmed has boasted the party will win over the 6.2 million new voters that would be emerging in 2023 to retain power.

Ahmed said statistics have shown 6.2 million Nigerians who have never voted would be attaining the voting age before the next election.

The APC, he said, has already developed plans to win them to its side.

The APC national youth leaders spoke in Kaduna on Saturday while addressing the Kaduna progressive youth roundtable meeting of youth and women leaders.

According to him, the new would-be voters are on social media, stating the need for APC youths to take the campaign to them by showcasing the numerous achievements of the current government.

Ahmed said as far APC is concerned, the struggle for 2023 general elections has started with it’s revalidation and registration exercise

He urged members of the ruling party to take advantage of the revalidation exercise by going back to their constituencies to win more members into the party and get more supporters.

Lagos council chairman suspended by councillors for misappropriation of funds