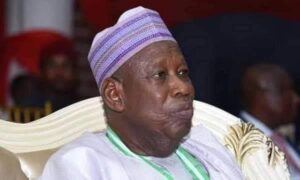 Kano State Commissioner for Health, Dr Aminu Ibrahim Tsanyawa, has confirmed that three persons have died after contracting a “strange illness” that broke out in the state five days ago.

This is just as the commissioner said statistics gathered that about 284 people contracted “strange illness” in three local government areas of the state.

Dr. Tsanyawa disclosed that, in an effort to promptly address the challenge, the ministry for health taskforce had so far seized items that caused the outbreak of the disease, adding that the items seized are worth more than N59 million.

He noted that samples of the affected patients had been taken and sent to Abuja for diagnosis.

Meanwhile, the Kano State Consumer Protection Council headed by Hon. Baffa Babba DanAgundi, has said the agency has arrested four people over the sale of the juice that caused the strange illness.

It was reported that the juice had caused those who took it to vomit and pass out blood as urine.

DanAgundi who spoke with the BBC noted that the suspects were arrested in Minjibir, adding that over 580 bags of expired flavours were found in their possession.

He, however, disclosed that the man believed to be the leader of the suspects is notorious for selling expired products.

He said the suspects were arrested following investigations, especially in the areas where the juice was being sold, including Bakin Asibiti, Rimi Market, Singer and Sabon Gari.

Speaking in the same vein, Dr Bashir Lawal of the Muhammadu Abullahi Wase Hospital also told the BBC Hausa service that they initially suspected Lassa fever because of the symptoms exhibited by victims but results from tests showed otherwise.