Edo CP undertakes to provide security to Mall, Supermarket or Pharmacy operating till late as provided for by Law 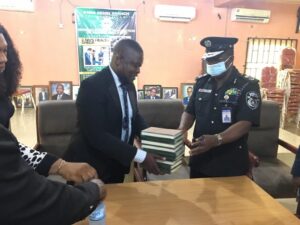 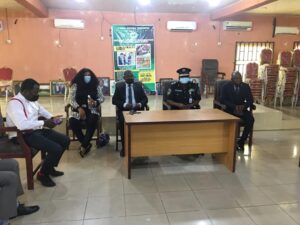 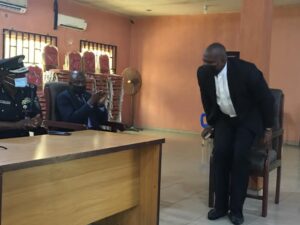 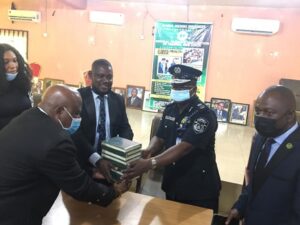 The Commissioner of Police Edo State, Phillip Aliyu Ogbadu has pledged an undertaking, to provide security to any Mall, Supermarket or Pharmacy which open late as provided by Law in Edo State.

The police Chief made the pledge, when he paid a courtesy call on the Leadership of the Nigerian Bar Association, (NBA) Benin Branch, the Lion Bar, led by Pius Idemudia Oiwoh.

CP Phillip thanked the Chairman of the Nigerian Bar Association Benin Branch, the Lion Bar, Pius Idemudia Oiwoh, for leading a vibrant Bar that that has synegized with the Police in Edo State, in ensuring a seamless Administration of the Criminal Justice System in the State.

In his response, the Chairman of the Nigerian Bar Association, Benin Branch, Pius Idemudia Oiwoh, thanked the Police boss for his accessibility since assuming the realms of office in Edo State.

The NBA Benin Branch Chairman used the opportunity of the meeting to push for the permission of Lawyers in Edo State to have full access to their phones when going about the business of their clients at the SCIID ,Benin City, which was duly approved by the Commissioner of Police, Edo State as he promptly instructed the Egg Heads of the State SCIID, Benin City, present to stop the practice of Lawyers dropping their phones before accessing the State CIID, Benin City, forthwith.

The Chairman of the Nigerian Bar Association Benin Branch, used the occasion to also introduce to the Commissioner of Police, Edo State and his Team, the Benin Bar/ Police Monitoring Committee led by Douglas Ogbankwa Esq.

Douglas Ogbankwa Esq. the Chairman of the Benin Bar/Police Monitoring Committee used the opportunity of the visit to push for the setting up of the Bar Police Joint Situation WhatsApp Room which was promptly approved by the amiable Commissioner of Police, Edo State, CP Phillip Aliyu Ogbadu PSC,+,with out any delay.

The meeting was coordinated on the side of the Benin Bar by Ogaga Emoghwanre,the Publicity Secretary of the Nigerian Bar Association Benin Branch, the Lion Bar and on the Police side by the Police Public Relations Officer.

It was a Congenial environment filled with conviviality and mutual respect as the Police Management Team and the Benin Bar shared ideas for the betterment of the Edo Society.