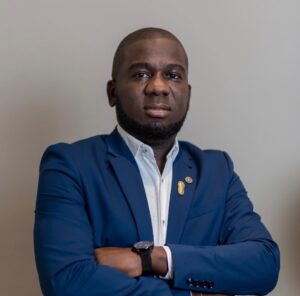 A Youth Ambassador and Philanthropist in Edo, Mr Bright Kelvin Esere-Obarogie, has appealed to the three tiers of Government to diverse means of reaching “truly poor Nigerians” with succour.

Esere-Obarogie made the appeal when he presented palliative to hundreds of inhabitants of Iguogun, Iguotakpa and Okoduwa communities in Ovia South West Local Government Area of Edo.

He said that the appeal became inevitable because many poor Nigerians were left out of the several palliative programme initiated by the government.

He noted that rather than distributing these items to the poor in the society, those who could afford it had it to themselves and their associates.

According to him, “This is not only condemnable but regrettable that the rich have continually taken advantage of the poor in the country.

“We must have to be our brothers keeper and learn how to live for others if we are to have a better and safer society.”

The Ambassador donated about a thousand bags of rice to the people to enable them have a joyous Christmas celebration.

Esere-Obarogie who personally supervised the distribution of the food item, said that it was his own way of giving back to the people.

He said that as a privilege member of the communty, the best he could do is to put smile in the face of the people who had in one way or the other, helped to shape his life.

While noting that the year 2020 had been a trying one for Nigerians in particular and the world in general, urged other well meaning individuals, in the spirit of the season, assit to add meaning to the lives of others.

According to him, ” it is indeed a trying times for us all, especially in the face of the ravaging Covid-19 pandemic that have affected income if individuals, organisations and governments across the globe.

“All we could do at this point in time is to lend a helping hand to others who may not have been privileged like us.”