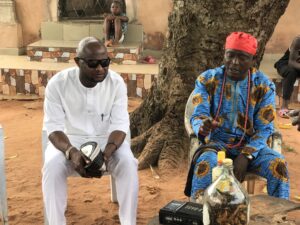 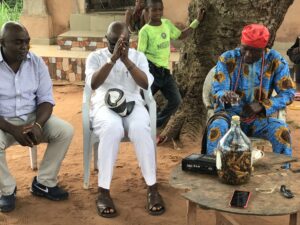 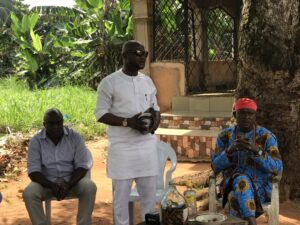 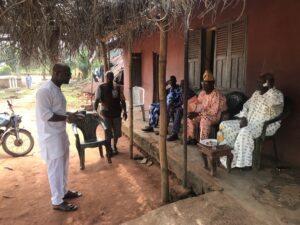 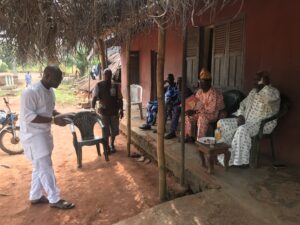 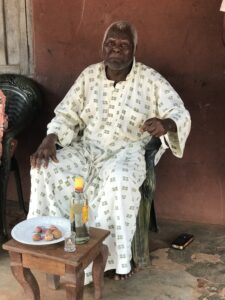 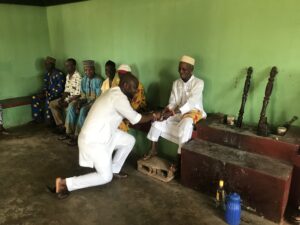 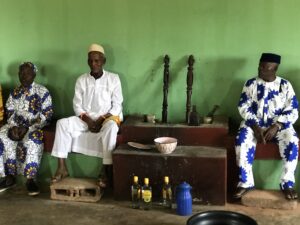 Areas of Edo, have commended the lawmaker representing the Federal Constituency, Hon. Dennis Idahosa for keeping to his campaign promises to the people.

The Communities, Iyekeze, Ikpako, Ekhuan and Igho Communities in Ovia North East and Okoro Community of Ovia South West Local Governments, gave the commendation when the lawmaker inspected constituency projecs in the Communities on Monday.

The traditional rulers and the community heads, who said they were elated with the projects, noted that Idahosa had given credence to the fact that he can be trusted.

They particularly commmeded the lawmaker for the adoption of bottom top approach in executing the projects.

According to them, the projects being sited in their respective communities were what they havd longed yearned for without success.

The traditional ruler and Enogie of Iyekeze community, Chief Bright Obanosa, particularly commended the House of Representative member for bringing back the educational drive to the community.

He noted that lives of their children during school session, had always been in danger becaue of the long journey they had to embark on to take classes.

He said with the invention of the lawmaker, through the construction of classrooms in the community, travelling to Benin for classes will be a thing of the past.

“We have been worried about the future effect of these children not attending school before now,” he stated.

On his part, the Odionwere of Okoro Community lauded Idahosa for restoring educational hope to the community.

He said before his intervention, several of their children had abandoned Primary School becaue2of the dilapidated structure of the only existing primary School in the Community.

The Odionwere (Community Head) of Ikpako community commended the legislator for the Industrial borehole in the community.

Similarly, community head of Ekehuan, who spoke through one Best Gajah, commended the legislators for still keeping in touch.

According to him, “Unlike other politicians who tend to forget about their constituents after election victory, you choose to always keep in touch. You didn’t wait until another election gets nearer to see them.”

Chief Soares Osadolor, the Ohen-Okun of Igho community, commended the lawmaker for the ultra modern market project influenced to the community.

Idahosa, in his response to the community leaders, said the purpose for visiting them, was to seek for the royal fathers’ blessing towards successful take off and completion of some of these projects.

He sought for the cooperation of the traditional rulers and their people towards successful completion of these project.

How wanted drug dealer was arrested in popular Lagos church