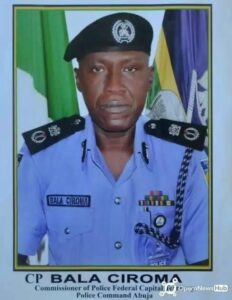 The federal capital territory (FCT) police command says the security aide of Femi Gbajabiamila, speaker of the house of representatives, who shot a newspaper vendor in Abuja is not an officer of the force.

In a statement on Friday, Mariam Yusuf, FCT police spokesperson, said the report that the security aide who shot the newspaper vendor is a policeman is false.

She said Bala Ciroma, FCT police commissioner, has ordered a discreet investigation into the incident.

“The FCT Police Command wishes to unequivocally refute the allegation making round sections of the media that a Police officer attached to the convoy of the Speaker of the House of Representatives shot at a newspaper vendor within the Three Arm Zone on Thursday 19th November,2020,” she said.

“Contrary to the misleading information, preliminary investigation into the unfortunate incident reveals that the security aide who shot at the vendor is not a member of the Nigeria Police Force.”

Yusuf said the police command will be transparent in its investigation and will make its findings public.

“While commiserating with the family and friends of the deceased, the Commissioner of Police wishes to guarantee members of the public that the Command will be lucid in its investigation and ensure the findings are made public,” she said.

Gbajabiamila had said he stopped to exchange pleasantries with some newspaper vendors around the national assembly on Thursday, but that some “unidentified” men obstructed his convoy.

The speaker said his security aides shot into the air in an attempt to disperse the men but he later learnt that someone was hit by a stray bullet.