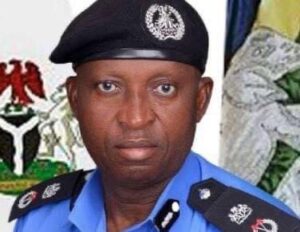 The Lagos State Police Command has dismissed 10 policemen and reduced the rank of 18 others for gross indiscipline.

The state Police Public Relations Officer, Muyiwa Adejobi, in a statement on Wednesday, said the policemen were tried for different offences, including murder, discreditable conducts, abuse of power, corrupt practices and negligence.

He stated that the personnel were tried in orderly room proceedings conducted at various locations in the state, adding that no fewer than 81 personnel were affected.

Adejobi said, “The command has dismissed and prosecuted seven, while 10 personnel were dismissed. In addition, 18 of the men were reduced in ranks and 29 were awarded 10 major entries and warning letters accordingly. Others were awarded extra fatigue, while 16 of the men were discharged and acquitted for want of evidence.

“The personnel that were tried in the orderly room proceedings conducted at various locations in Lagos State included 45 inspectors, 29 sergeants and seven corporals. Similarly, some senior officers of the command have been queried for various disciplinary offences and the queries are being processed at the Force Headquarters, Abuja, for necessary action and punishments.”

Adejobi stated that the trials were instituted based on a series of complaints leveled against them.

We’ll 24.8 Billion Naira To Buy Fuel For Our Vehicles and Bikes - IGP Adamu

Thief who fell asleep while robbing a house, woken up by police