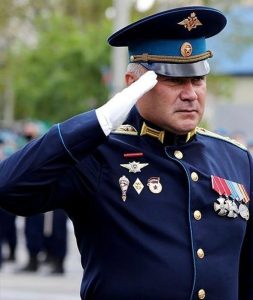 Ukraine has claimed that a top Russian general, Major General Andrey Sukhovetsky was on Wednesday killed by a sniper.

According to Daily Mail UK, Sukhovetsky’s death has not been officially confirmed by Russia.

However, a colleague of the General, Sergey Chipilyov, announced his death on social media and it was widely reported by several Russian and Ukrainian news outlets.

Sukhovetsky was the deputy commander of the 41st Combined Arms Army of Russia’s Central Military District before his death.