Just In: FG to sell crude oil in Naira to $15bn-Dangote Refinery 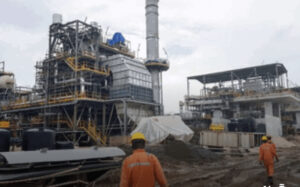 THE Federal Government has concluded plans to sell crude oil to the $15 billion Dangote Refinery in Naira.

This is part of measures adopted to strengthen the currency and by extension the nation’s economy.

The governor, Central Bank of Nigeria, CBN, Mr Godwin Emefiele, who visited, Saturday, to inspect the ongoing construction, said: “We have taken the decision to sell the crude to the Refinery in Naira because we want to impact the economy.

“We also hope that by the time the Refinery start to refine, and sell its petroleum products in Naira, the local currency will be stronger, and by extension the nation’s economy, which is still oil-driven.”